"I first started smoking marijuana as a sophomore medical student. I asked one of my obviously counter-culture classmates if she knew where I could get some. She said, "Sure, I have a friend in California that can send you some." A few days later a package arrived. Inside was a Pepisodent toothpaste box with a baggie of weed in it. That was 1968."

"When you're  DRY!!! Everyone of us has been at that point when you are on your last bowl. Anxiety sets in!!! But then you remember you still need to clean your pipe. Yay!!!! That's good for at least two more days. But the search begins. Calling and texting people that might have the hookup. Being dry and knowing that you don't have a bag full sitting in your stash can be overwhelming. I've been smoking every day for a year. Let me tell you what an awesome experience! But man when you are out and you can't find it you suddenly start looking at pictures of big buds just dreaming for the day to arrive and you become FAT once again! Scoring is probably the best feeling other then getting mellow."

"The Three Hour Hike. So Friday evening I do the usual, I go over to my friends, it's like a 20 min bus ride so it's handy. Sometimes it's just Luke, Dylan and myself, but some weekends we have a few more close friends over. Like's parents recently became tolerant to him smoking weed as he just turned 20 this year... well, he just said "Mam.. I smoke weed..." That's another story for another day ;)

A mate of mine, Sam, was going to come down this particular night. However Luke thinks he is a nonsense, I convinced him. Sam more so wanting to be the hot shot said he would sort us out with a gram. it's like 25 euro or I can get it for twenty, but I gave him his shot and said grand nice. 9:00 PM.. there's a knock on the door, it's Sam! Gave him a warmly bro greeting, I asked about the gram, thinking he had it sorted. Turns out he couldn't get it. Surprise! Luke was so pissed off it was hilarious. We sat in a room, the 4 of us on our phones texting people looking for a smidge of chronic. Numbers led to other numbers and I wasn't getting a bus back at this time to wake up my mate and ask has he got any. So I gave up and said f**k this I'm off to bed.
3:00 am Sam wakes me up. I was like WTF? The guys turned around and said they got sorted, there's some guy who lived by my old school on a hillside just on the outskirts of town. No idea who he was, where we were exactly going, like something in a movie like, so yes they convinced me to go with Sam. I only went cause Luke was crying retardedly on the couch. We left and started jogging. I wanted this done and dusted. It took us almost 3 hours for the whole trip. We got up after standing on the hill at 4 in the morning more paranoid than 4 Pakistani on a plane. The guy hands us the bag, oh yeah, apparently it was a 50 bag, and yes it cost an orange bill. Not having time to look at the bag, Sam shat himself and gave him the money.  When I got a second look, not only was it pre-ground weed it was also black, with dark green sort of like a tea mixed with some tiny lumps of Maryjane. I was so tired I didn't even react, I had lost all care at this stage, so I smoked a biffter and prepared myself for the walk home. All this time thinking I could be having some of the best green I have ever seen in person if I had only got it earlier. Going to end this story cause I got to sleep but yeah we got 4 Scooby doobies out of a proposed 2 grams. They didn't even have half of what I put in mine...one of the worst nights ever....
"

"Being in a new small town not knowing anyone that smokes is driving me crazy!

Of course when I moved here I had brought about two ozs with me of primo smoke. Now that me & my significant other have gone through what we thought would be plenty (lol)and been out for two months I'm having trouble with sleeping and eating, and so is my significant other.
I have been smoking 40 years myself and significant other 38 years so we both went threw mild withdrawals, mostly being irritated and not being able to take the edge off.  I haven't been able to eat like I should as ever since having cancer 4 times I have always needed to smoke a toke or two to get my taste buds going.
I've never had this problem of not being able to make a connection in nearly my lifetime of smoking Marijuana, but here you really have to be Super Careful as most older locals don't approve of this.I myself have a lot of medical problems and pain is a HUGE BIGGIE so smoking has always made the pain not as bad and I don't have to take so many pain meds when smoking. Does anyone have any advice on how to go about getting together with someone else who smokes in a Northern Small Town as to not get arrested?  Any pointers would be greatly appreciated. Thanks So Much. Dogie LookingBowman, ND
"

"NW CHILL. We were in Hawaii in the 80's. Had taken some with us, very little and of course had smoked it all within the first week of being there. One evening my husband and I and a friend were in Lahaina. It was a busy night, lots of people out. A car full of locals came driving down main street and the guys were holding bags out the window and barking for sales. My husband takes off running after them! Our friend and I were shocked and starting laughing, and walking in the opposite direction.  it was such a funny sight. Well, he got some, we took it back to the hotel, and sure enough it ended up being...what we called it in those days "camel shit," not even weed. We were so disappointed! Later that same trip another friend of ours managed to score some good stuff, and we enjoyed it on our balcony watching and listening to the blue pacific. It was the most giggly stuff I had ever had. We laughed for hours..until some guy yelled out "We can hear you half way to Molokai!" LOL still a great memory to this day. That was at least 30 years ago."

"As I sign I am originally from upstate NY, currently, I live in Kentucky. My most memorable score was with my first husband in Colorado. One of his buds from when he was stationed in Hawaii came to visit, and you guessed it, a stash of awesome Hawaiian weed! His father had a plantation of it! It became legal in Colorado last year, I was living there, it was great, and since then I have been growing my own little stash, just a couple of plants for my own use. My current husband of , umm 15 years, does not smoke. He is a conscious truck driver, but doesn't mind his 'pot smokin' Granny!"

So two sixty-something babes are tootling around South Beach in a Mini-Cooper one balmy evening. One of them (myself) is really jonesing for her nightly pick-me-up, but having recently flown in, obviously unable to carry weed aboard, had to get resourceful. Tus out that unbeknownst to her, the husband of her friend (and host for a mini-vacay) does the occasional smoke-up, and there is a little sumpn sumpn back at the hacienda. SHIVER ME TIMBERS!
But, a catch. No rolling papers around. Off they go to score some . . . papers. The pal keeps thinking the many tattoo parlors may sell them. The joneser (me) disagrees. We pull up in front of one of the parlors anyway, and a little Middle Easte valet fellow darts up to the passenger window: "Do you know where we may find cigarette papers?" inquires Joneser.
Valet, his wee face framed comically in the car window: "You mean for marrywanna?" (Rolling his rs.) Screaming laughing, total denial: "No, no, of course not, for tobacco!"
He points us to a head shop just across the street. Bob's your uncle. Three quarters of a joint later, the real surprise was the quality of the pot, after lying dormant and neglected for so long. Joneser, calm and happy, sat on the vast terrace overlooking the intracoastal waterway, ocean booming to the left, the lights of the city of Miami and South Beach dazzling candy neon, fully tripping, a far and wee voice echoing in memory, bringing on fits of choking laughter."YOU MEAN FOR MARRYWANNA?"  OH HELL, YES!  Rainbow, Mamaroneck NY
" 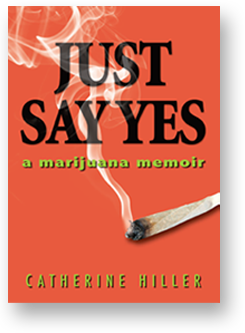 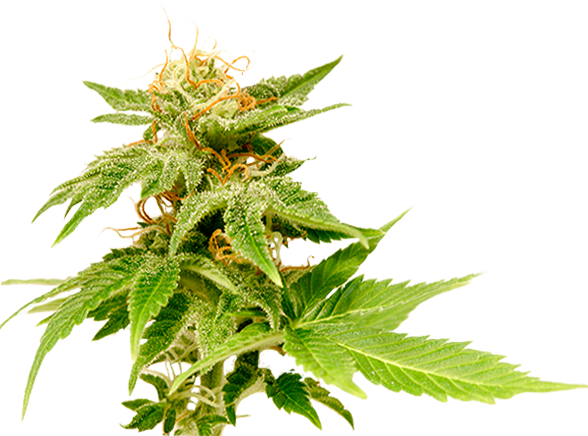